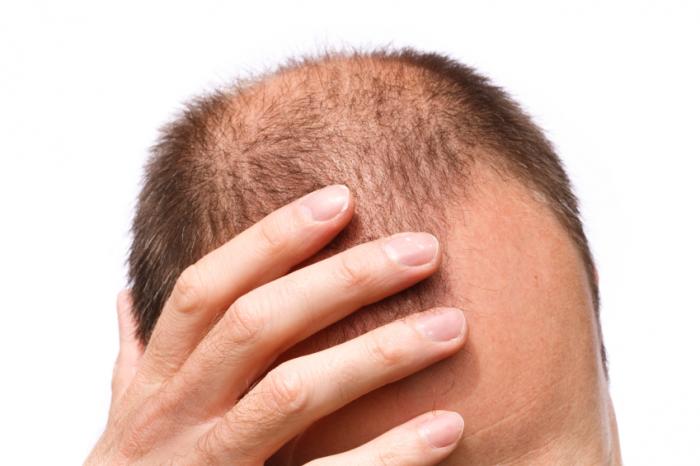 It is estimated that 35 million men in the United States are affected by male pattern baldness or androgenetic alopecia. "Andro" refers to the androgens (testosterone, dihydrotestosterone) necessary to produce male-pattern hair loss (MPHL). "Genetic" refers to the inherited gene necessary for MPHL to occur. In men who develop male pattern baldness the hair loss may begin any time after puberty when blood levels of androgens rise. The first change is usually recession in the temporal areas, which is seen in 96 percent of mature Caucasian males, including those men not destined to progress to further hair loss.

Hamilton first noted that androgens (testosterone, dihydrotestosterone) are necessary for the development of male pattern baldness. The amount of androgens present does not need to be greater than normal for male pattern baldness to occur. If androgens are present in normal amounts and the gene for hair loss is present, male pattern hair loss will occur. Axillary (under arm) and pubic hair are dependent on testosterone for growth. Beard growth and male pattern hair loss are dependent on dihydrotestosterone (DHT). Testosterone is converted to DHT by the enzyme, 5¤ -reductase. Finasteride (Propecia®) acts by blocking this enzyme and decreasing the amount of DHT. Receptors exist on cells that bind androgens. These receptors have the greatest affinity for DHT followed by testosterone, estrogen, and progesterone. After binding to the receptor, DHT goes into the cell and interacts with the nucleus of the cell altering the production of protein by the DNA in the nucleus of the cell. Ultimately growth of the hair follicle ceases.

The hair growth cycle is affected in that the percentage of hairs in the growth phase (anagen) and the duration of the growth phase diminish resulting in shorter hairs. More hairs are in the resting state (telogen) and these hairs are much more subject to loss with the daily trauma of combing and washing. The hair shafts in male pattern baldness become progressively miniaturized,  smaller in diameter and length, with time. In men with male pattern baldness all the hairs in an affected area may eventually (but not necessarily) become involved in the process and may with time cover the region with fine (vellus) hair. Pigment (color) production is also terminated with miniaturization so the fine hair becomes lighter in color. The lighter color, miniaturized hairs cause the area to first appear thin. Involved areas in men can completely lose all follicles over time. Male pattern baldness is an inherited condition and the gene can be inherited from either the mother or father’s side. There is a common myth that inheritance is only from the mother’s side. This is not true.

In summary, male pattern hair loss (Androgenetic Alopecia) is an inherited condition manifested when androgens are present in normal amounts. The gene can be inherited from the mother or father’s side. The onset, rate, and severity of hair loss are unpredictable. The severity increases with age and if the condition is present it will be progressive and relentless.

Hair loss in men is likely to occur primarily between late teen-age years and age 40-50, in a generally recognizable "male-pattern" baldness known as androgenetic alopecia. Men with male-pattern hair loss may have an expectation of hair loss if they have male relatives who lost hair in a recognizably male pattern. 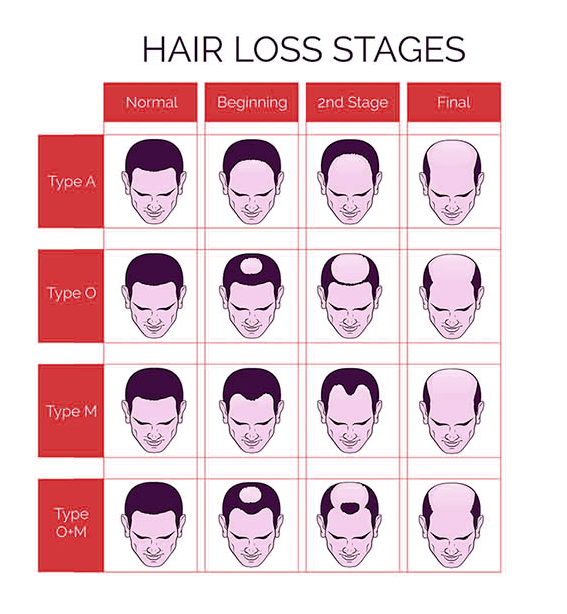